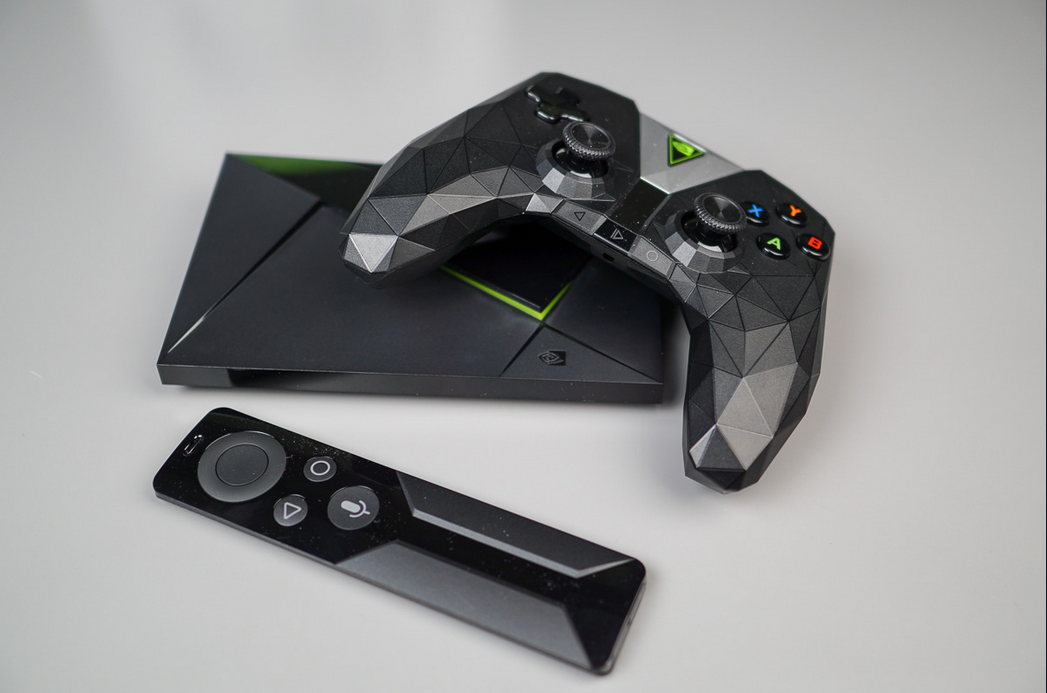 After criticizing like crazy the first Shield TV, I decided to buy the Shield 2017 and give it a try.

Only morons never change their minds

Let’s say it straight away, I have now adopted the Shield TV 2017!

I also have the feeling that Nvidia also decided to slightly change their product. They are now offering 2 “versions” of the box :

I really think this is a smart move. It will allow Nvidia to target more users. For example, I have everything I need on the console / gaming side, and I am not interested in playing games on the Shield. Moreover, for occasional gaming, I can still pair my Xbox One (Bluetooth) controllers or any PS3 / PS4 controllers on the Shield. I bought this box to use purely as a 4K media center (I now have a 4K TV and the RPI3 doesn’t really handle 4K).

However, for the people wanting using the Shield as a gaming console, they now have a totally redesigned controller and more importantly a regular sized / weighted controller! And if you don’t like it, just pair almost any Bluetooth controller.

Unfortunately, I couldn’t reproduce the issue I had with the Shield TV plugged to a 1080p (only) TV since I no longer have it. So plugging the Shield to the 4K TV works flawlessly and 4K resolution and refresh rate are automagically detected, which is not the case with a Xiaomi Mi Box 3.

Back then, I was also bugged with the fact that Kodi (for example) will stop after a while and that some of the software I use could not notify it when new media were added to my libraries. I was probably dumb, or the option didn’t exists (which I doubt). If you want to have your Shield always “on” (like my good old RPI3), then you simply have enable Developer Settings and activate the always on feature. This way, as long as my Shield is plugged and Kodi is running it will stay up, allowing third party apps to update Kodi library as soon as new media are available.

Another aspect of the Shield that appealed to me was the Plex Media Server part. I used to run a Docker container with Plex Media Center, how my computer wasn’t able to transcode 4K to something “smaller”. Now thanks to the Shield, my 4K media are transcoded correctly. This also allows me to have one less computer running 24/7.

In order to sum up, maybe the original Shield wasn’t that bad on the media aspect but I was just being stupid.

Shield 2017 as a gaming console

I used to be a player, a PC player. I even worked for a fews years in the video game industry.
Nowadays, not so much a player. I am getting bored pretty fast with video games and every few years I find a game I love and spend a few hours a day on it for some months, but that’s about it.

In order to write this article, I did try a few Android / Shield games, and I have to say that they are quite fine. They are a tons of them, and a lot are free (if you can endure the ads). This is definitely not a console I will play regularly or alone but if you have a few friends at home you’ll probably find a game or two to play.

If you are into “bigger” games, like AAA, there are two possibilities :

I still think that Geforce Now is still not interesting. It requires a lot of bandwidth and recent titles are not available.

Now there is the local streaming alternative. It is called Gefore Game-Stream and it allows you to stream games from your gaming computer (with an Nvidia graphic cards) to your Shield + TV. While I feel it works better than before : less latency, more games working “out of the box”, etc.
I am still not into it. I think Windows doesn’t play well along it. This remains a regular PC, not a console and many actions have to be done with a keyboard / mouse. The Shield provide a pretty well done overlay so that you can “emulate” mouse / keyboard usage with the controller, but still…
it is no fun to use. I really wish Windows would release some kind of real “game mode” / big picture interface. Then we would be talking!

Last but not least, the retrogaming part. I am not changing my statement by an inch on this. Reetrogaming still suck on the Shield 2017. You’ll need good emulators and they are not free. And there is no nice GUI / frontend to serve you all your games at the same place. If you want retrogaming, use a Raspberry Pi with Retropie / Recalbox and some 8 Bitdo controllers. Way to go!

We started on the wrong foot, now let’s be friend

I have come to realize that maybe the Nvidia Shield doesn’t suck as much as I thought. However, I also think that in order to enjoy it, you need a 4K TV. I also think Nvidia made a good job with its 2017 version by redesigning the controller and by offering the customer the possibility to use the Shield solely as a media center.

It is not perfect (what/who is?), but it looks like we are going to spend a few years of our lives together.

Next article
Scan to PDF with command line under GNU/Linux
Next article
Nesatmo : beautiful graphs for Netatmo
nvidia shield